There are several loose ends from my time as an ALT that I had yet to tie up. One of them was the drawing I had promised the underclassmen of the English club. I had drawn the upperclassmen for a poster for the culture festival this past June but hadn’t had time to do a picture for the underclassmen. So I set Halloween as a deadline for myself and spent about two weeks making an original, full-color drawing of the 7 members in costumes. 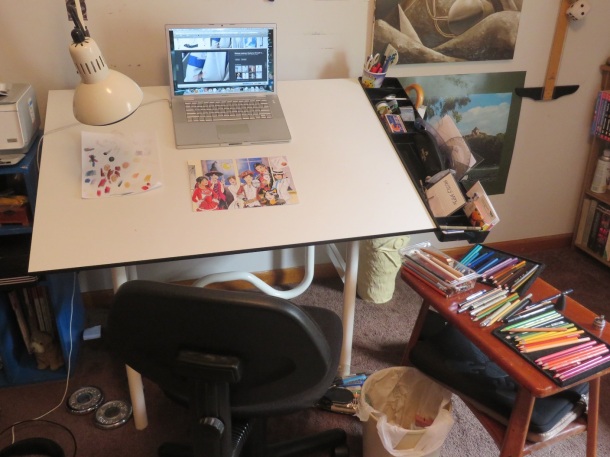 It had been a long time since I sat down to ink and color by hand instead of just doing it on the computer.

I unfortunately hadn’t gotten to know the freshmen members well enough to draw them in costumes that would have meaning for them, so save for the student whom I knew loved High School Musical I just picked popular costumes. They ended up being a Wildcats cheerleader, a witch, Princess Leia, a pirate, Dracula (after the one in Castlevania: Symphony of the Night), a black cat, and Michael Jackson in “Smooth Criminal.” 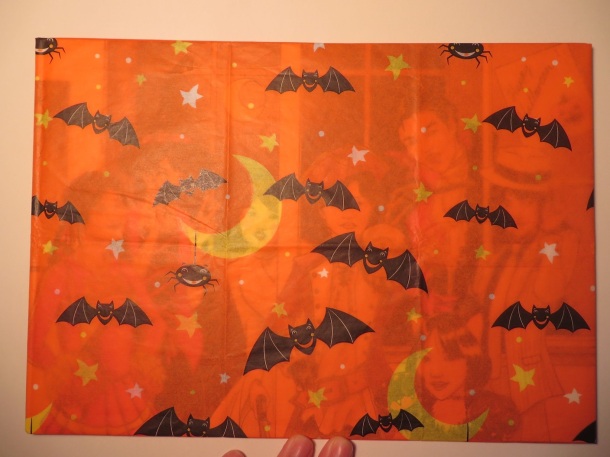 Adorable Halloween wrapping paper: love how a moon ended up framing a face by chance.

I sent the drawing to the school via Global Express to ensure it arrives by Halloween. The airway bill included the question “purpose of shipment” and I wrote in “To spread happiness. ^o^” I hope that doesn’t make Customs think the envelope contains flat shrooms or something like that, ahaha…