In the early afternoon, before the show, I went to look around the city with one of my friends. It would be the last chance for me to sightsee in Osaka this weekend.

We walked to the Shinsekai District to see the tower Tsuutenkaku.

There was a one hour wait to go up into the tower, so we gave up on that. 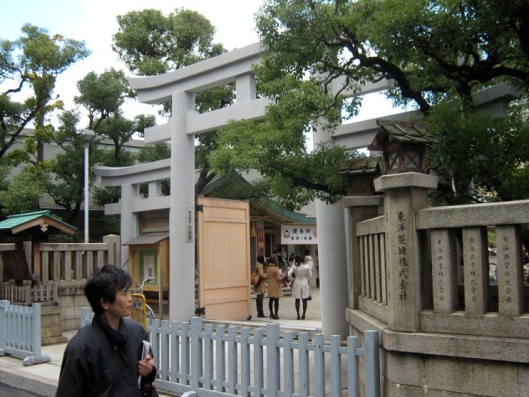 A view from the rear of the main hall.

We noticed that there were only women at the shrine and figured that maybe this was a shrine for wishing for good marriage or childbirth. While I still don’t know why they were there, after looking around on the shrine website I wonder if they were women who were applying to be “fukumusume” (福娘), special shrine maidens for the Tooka Ebisu Festival in January. I came across this interesting blog post by an international student at Ritsumeikan University who actually got to be a fukumusume.

After that my friend and I hurried back to the Namba area to meet up with three other friends–one who had come in from Singapore, and another from California, to see the ARASHI show. Once everyone was gathered, we went for lunch at a kamameshi restaurant. In brief, “kamameshi” is a style of cooking that involves using a metal pot called a “kama.” Now, you can go to restaurants and have your own individual-serving pot.

After lunch it was pretty much time to head over to the Kyocera Dome for the show. Since there was a Dolce & Gabana store nearby, I did suggest we go there just to see if GACKT was there shopping before his show. >o<; Not having found him, we headed for the Dome. 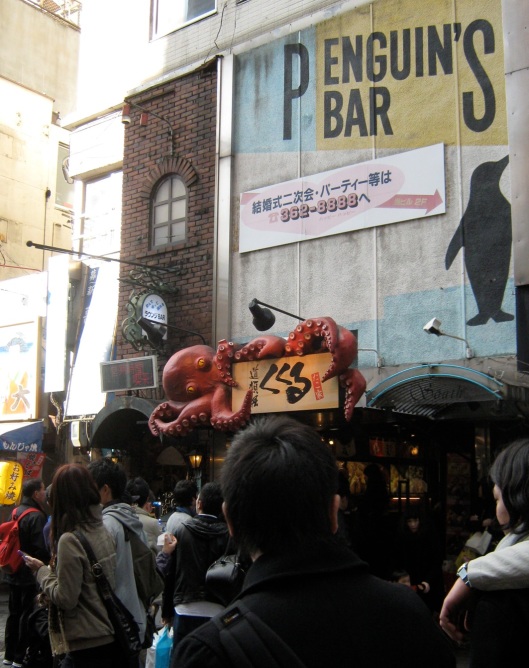 I don’t know if it’s fair to say that these sculptures on store signs are characteristic of Osaka. Maybe it’s just the Namba/Doutonburi area?

次回！Okay, for real this time. We make storm!